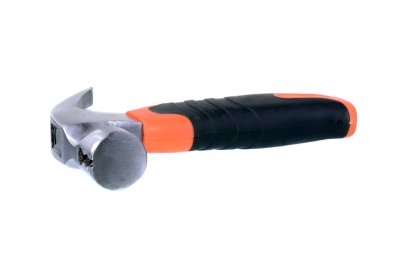 Do you exchange time or results for money in your business? The trend in this country is to pay (and value) people on an hourly basis, the National Minimum Wage is calculated  hourly and this minimum requirement seems to work its way into the general thinking across the population.

I’m often asked how much time do we get for your marketing services for the amount of money we pay?

What a bizarre question…

If someone asks how many hours it takes me to deliver results are they seriously going to be happy  with hypothetical alternative number 1?

Would that person be happier just because I’ve spent 800 hours,  or would they rather get a huge return on their investment?

Paying someone based on the value you receive rather than on the time it took to deliver that service makes so much more sense.

Is it actually relevant how long it takes someone to do something, or is it more relevant to consider the value we derive from those services?

There was once a boat owner who owned a large fishing trawler, every day that his boat was not out at sea catching fish cost him £15,000 in lost revenue.  He needed to be out fishing at least six days per week in order to pay his costs and enjoy a living wage.

One day the engine on his boat failed, what a disaster, so he called out his most trusted engineer. The engineer spent 12 hours working on the engine but failed to fix it. The boat owner then called another engineer he had used in the past,  this engineer also spent the next 24 hours trying to fix  the trawler’s engine, again to no avail.

The boat owner was desperate, what was he going to do, he was losing money hand over fist?

“I know someone who may be able to fix it”, said one of the boat owners employees. “Get him here, and getting here now” said the boat owner.

Shortly after a rather frail old man turned up at the harbour, he introduced himself to the boat owner as the man who could fix his engine.

Without further adieu the old man took a long look at the engine, made a few mumbling sounds to himself, stroked his chin and took out his hammer..

With an almighty whack he hit the engine and it burst into life.

The boat owner was overjoyed that it was fixed so quickly and that his new acquaintance had enabled him to get out  fishing again and earning money.

A few days later an invoice arrived  for the engine repair.

The boat owner was furious, £10,000 for hitting an engine with a hammer, how outrageous. He demanded to know how this sum had been arrived at, surely  at an hourly rate of even £200 it couldn’t have been much more than this as the man had only spent a few minutes looking at the engine.

The boat fixers reply was as follows:

For hitting the engine with a hammer £1

So let’s stop thinking about exchanging time for money, let’s stop considering what an hourly rate should be and let’s start considering how much value it delivers regardless of whether it took 1 hour, 800 hours or even 10 minutes!

Image courtesy of Gualberto107 at FreeDigitalPhotos.net